Marvel Comics July REH Solicitations for September
with collections in October!
CONAN THE BARBARIAN #25
Written by Jim Zub, Christopher Priest, Larry Hama & Dan Slott
Art by Cory Smith, Roberto De La Torre, Paul Davidson & Marcos Martín
Cover by Geof Shaw
By Crom and Mitra, it’s been 300 issues since Roy Thomas and Barry Windsor-Smith first brought the Barbarian to comics in 1970’s CONAN THE BARBARIAN #1! CONAN’s oversized 300th-issue spectacular kicks off with Jim Zub and Cory Smith’s ongoing saga, as we return to Conan’s much-lauded days sailing with the queen of the seas herself, BÊLIT! But – past, present and future will collide in ways unexpected and strange!
Sharpen your blade for three additional, all-new tales from across Conan history! Dan Slott enters the Hyborian Age with Marcos Martín, for an untold NIGHT OF OBLIVION from Conan’s thieving days.  Larry Hama and Christopher Priest at last return to the saga with their own new stories — from a hotheaded young barbarian in battle to an aged KING CONAN, who must defend his kingdom from the re-emergence of WRAARL, the DEVOURER OF SOULS!
Full Color, 40 pages, $4.99, On sale September 8. 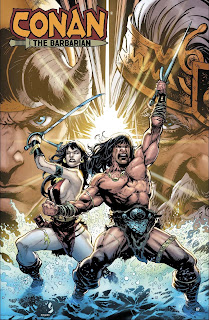 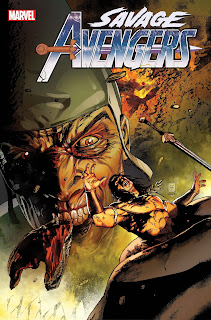 CONAN THE BARBARIAN:
THE ORIGINAL MARVEL YEARS OMNIBUS VOL. 7
Written by Christopher Priest With Don Kraar
Penciled by John Buscema & Val Semeiks With Ernie Chan & Mike Docherty
Covers by Leinil Francis Yu & John Buscema
He was the writer that would put Black Panther back on the map of popularity in the late ’90s, but in the ’80s, Christopher Priest was editing—and writing—tales of Conan the Barbarian! The seventh volume in this popular Omnibus series collects the first half of Priest’s run, as the writer assembles a cast of engaging supporting characters around Conan, including the haunted Tetra and the courageous Captain Delmuro, sending them in pursuit of treasure held by the wicked thief, Keiv. Priest also introduces to the color series one of the great super-villains in Marvel’s Conan mythos—the Devourer of Souls. The dark reaver is one of Conan’s most formidable foes, and their legendary battles begin here!
Collecting CONAN THE BARBARIAN (1970) #172-194 & ANNUAL (1973) #10-11.
Hardcover, Full Color, 680 pages, $125.00, On sale January 26, 2022. 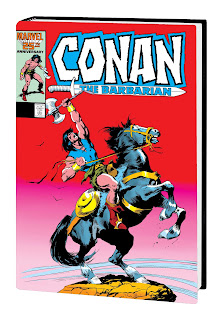 CONAN THE BARBARIAN BY JIM ZUB VOL. 2:
LAND OF THE LOTUS TPB
Written by Jim Zub with Christopher Priest, Larry Hama & Dan Slott
Penciled by Cory Smith with Roberto de La Torre, Marcos Martin and Paul Davidson
Cover by Geof Shaw
It will take more than chains to keep a Cimmerian down! Conan’s march to Khitai has landed him as a prisoner of the imperial guard. He plans his escape, but what dreaded beasts lurk in this strange land — and what new dangers will impede his quest to return the deadly Tooth of the Nightstar to its rightful master? Conan has a new comrade, but is Meiwei everything she seems? Heng the Insurgent and his roving band of thieves hide a dark secret, and Conan must fight for his life against the bandit king’s deadly power! Will the barbarian have what it takes to survive the land of Khitai — even if it costs his very soul? Also featuring tales celebrating 300 issues of CONAN THE BARBARIAN at Marvel, exploring the past and future of Conan!
Collecting CONAN THE BARBARIAN (2019) #19-25.
Trade paperback, Full Color, 168 pages, $19.99, On sale November 10. 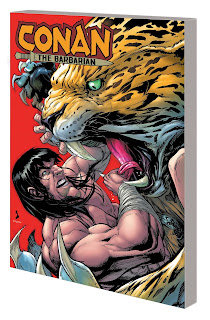