Ablaze Publishing
THE CIMMERIAN: QUEEN OF THE BLACK COAST #1
Coming in October!

By Crom! For the first time, Robert E. Howard's Conan is brought to life uncensored!
Discover the true Conan, unrestrained, violent, and sexual.
Read the story as he intended! Pursued for killing a judge, Conan finds refuge on a merchant ship. But soon after setting sail, the Cimmerian and his new companions face a threat: the legendary Bêlit, self-proclaimed Queen of the Black Coast!

The Ablaze comics are an English language repackaging of graphic albums from the French publisher Glénat. 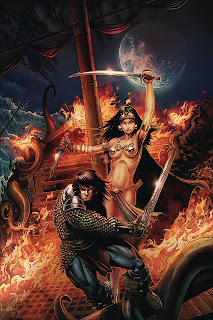 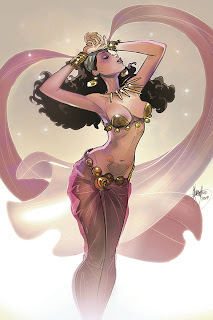 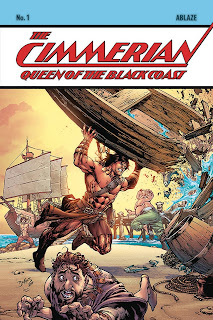 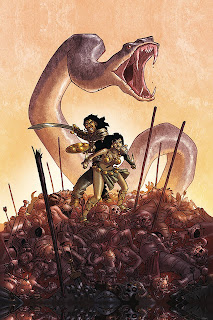