This is the first in a series of articles that provides a showcase for the many fine artists that have illustrated the works of Robert E. Howard over the years.

Kaluta moved to New York City in 1969 and focused on the comic book market. He worked for a number of comic fanzines before his first professional comic work was published. That first professional comic work was a 5 page story “Off the Beach” for TEEN CONFESSIONS #59 (12/1969) published by Charlton Comics. More work for Charlton Comics followed with the 4 page story “Great Battles of History: Shiraz” appearing in FLASH GORDON #18 (01/1970) and the 4 page story “Amazons of Reed’s Crossing” appearing in BILLY THE KID #85 (07/1971). He also illustrated a 7 page story in the black & white magazine WEB OF HORROR #2 (02/1970) titled “Sea of Graves” which was written by Otto Binder.

In 1970, Kaluta entered the science fiction field doing interior illustrations for several issues of the magazines AMAZING STORIES and FANTASTIC STORIES as well as three covers for FANTASTIC STORIES.  The second of these covers (February 1972) featured Michael Moorcock’s Elric of Melniboné. 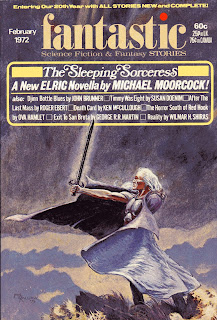 In 1973, Kaluta expanded to posters, limited prints, portfolios and book illustrations. 1976 saw the publication of Christopher Enterprises Heroic Fantasy series of posters which included a Conan poster “The Sacrifice” for which Kaluta won a British Fantasy award in 1977. In 1978, Kaluta illustrated another Conan poster “In the Twinkling of an Eye” for Portal Publications. This poster was later used at Marvel Comics as the cover for EPIC ILLUSTRATED (Winter 1980).  Kaluta’s first book illustration assignment was for two titles by Robert E. Howard, THE LOST VALLEY OF ISKANDER and THE SWORDS OF SHAHRAZAR published by FAX Collectors Editions in 1974 and 1976. He illustrated the covers, endpapers, and provided both color and black and white interior illustrations. Both books are highly sought after collectables. In Donald Grant’s SOWERS OF THE THUNDER (1973), Kaluta assisted on the full page Roy Krenkel illustrations. On most of the major full page illustrations, Kaluta spotted blacks on an overlay to give weight to the figures. He did not draw on the original pieces. Krenkel felt that Kaluta did a better job spotting blacks than he could.

Comic publishers Marvel and DC were Kaluta’s main clients from 1969-2005. Kaluta’s first work for DC Comics was a 1.5 page story, “Trick or Treat,” which appeared in WITCHING HOUR #7 (02/1970). He went on to illustrate many covers as well as doing interior work at DC. His first continuing series was Edgar Rice Burroughs’ Carson of Venus in KORAK, SON OF TARZAN. Other pulp related strips included ERB’s Pellucidar (in WEIRD WORLDS), Fafhrd and the Grey Mouser (cover of SWORD OF SORCERY # 1), and his most famous strip, The Shadow. Kaluta’s first REH related work for Marvel was a Conan cover for THE SAVAGE SWORD OF CONAN THE BARBARIAN (12/1974). Three more covers (#91, #94, and #207) for SAVAGE SWORD followed along with interior illustrations for two REH articles by Fred Blosser (#11 and #18). He later went on to illustrate REH covers for CONAN THE BARBARIAN, KING CONAN, CONAN THE KING, and EPIC ILLUSTRATED.

Kaluta's work has won him the Shazam Award for Outstanding New Talent in 1971, the Inkpot Award in 1977, the British Fantasy Award in 1977 for “The Sacrifice,” and the 2003 Spectrum Award for Grand Master.

All art copyright Michael William Kaluta and the respective owners. 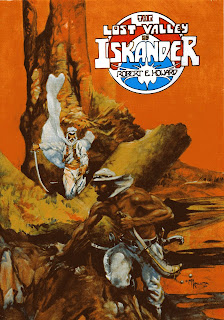 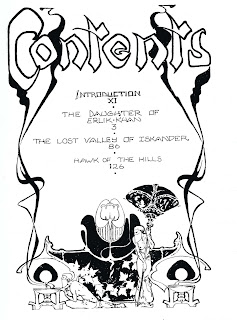 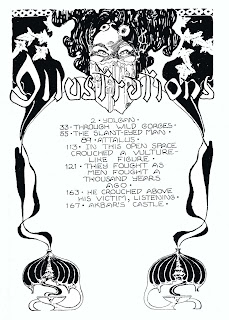 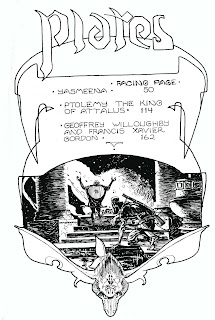 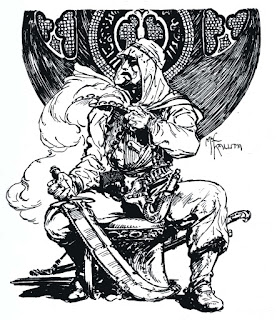 The Lost Valley of Iskander: The Daughter of Erlik Khan 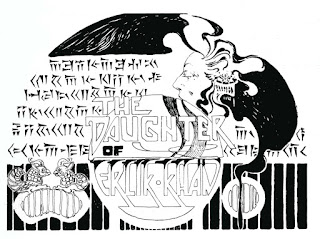 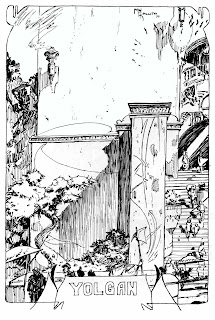 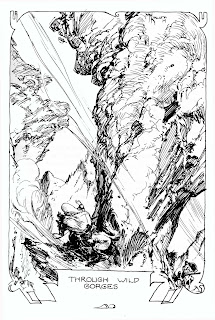 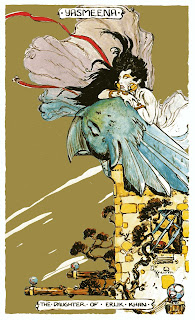 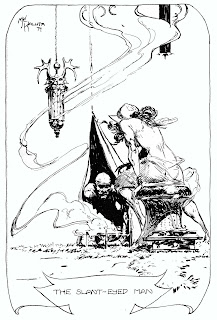 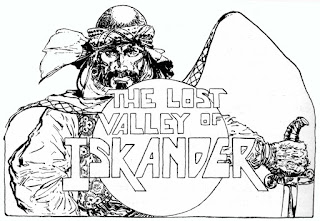 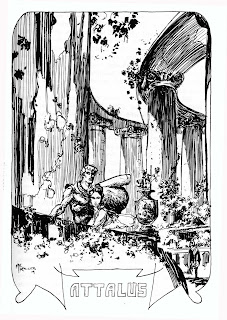 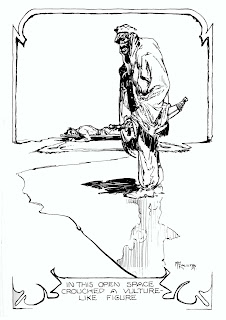 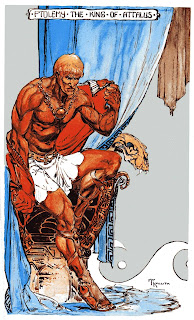 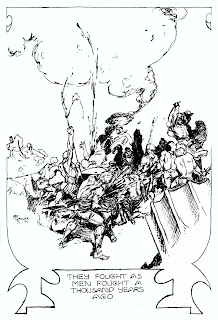 The Lost Valley of Iskander: Hawk of the Hills 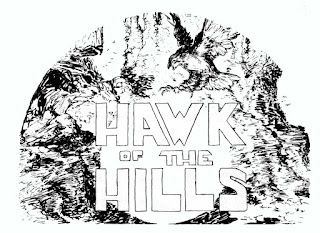 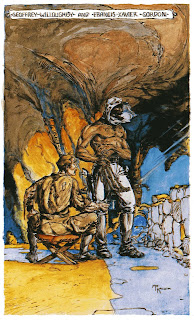 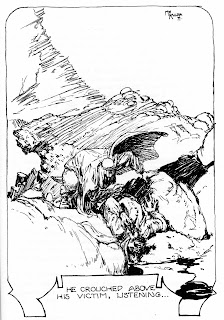 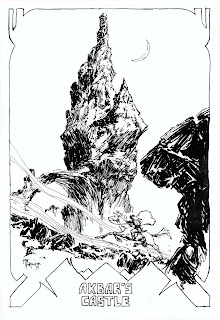 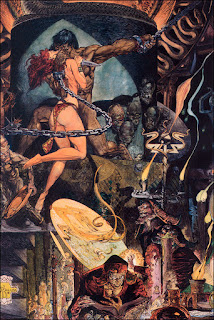 Portal Publications
In the Twinkling of an Eye (1978) 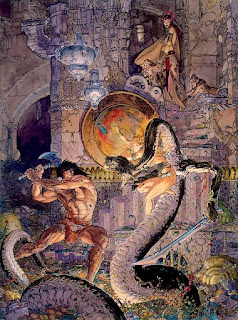 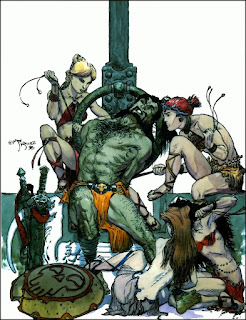